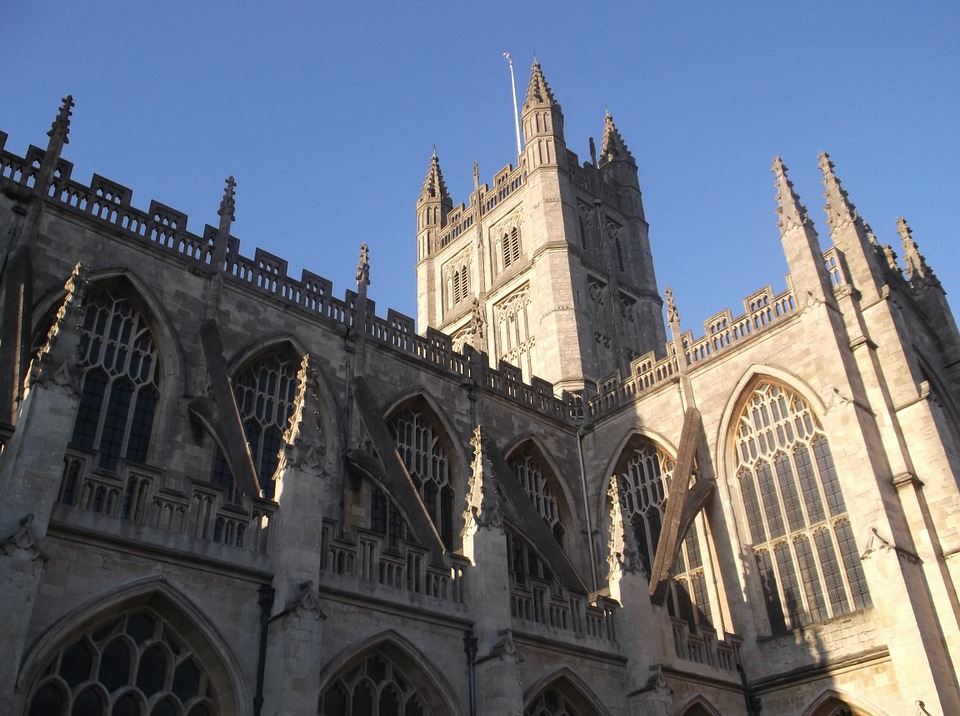 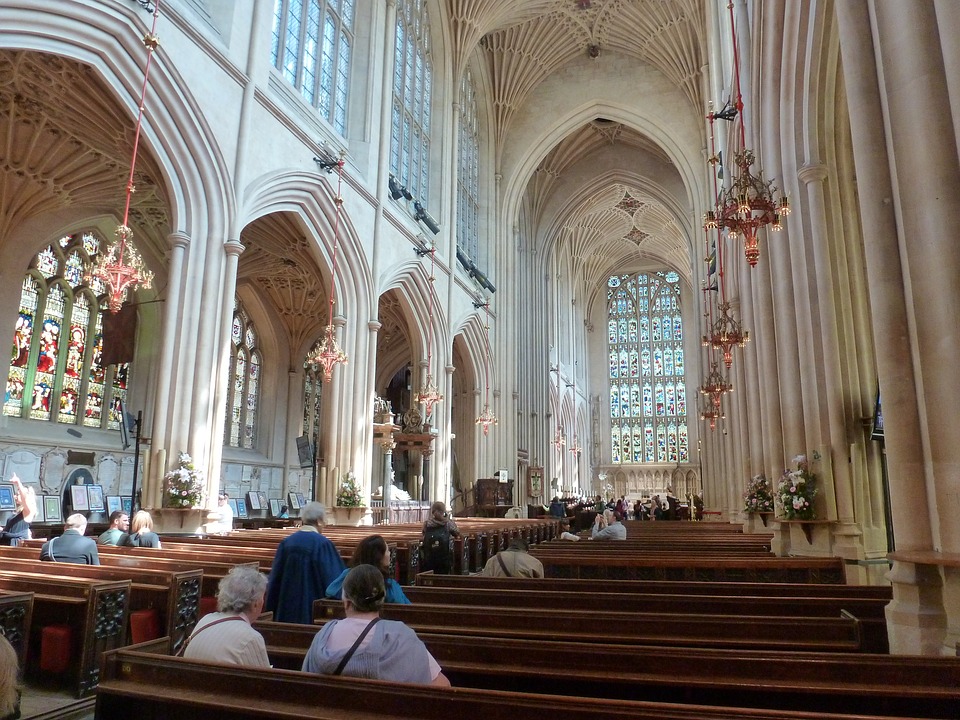 The History of Bath Abbey

I think we can all agree that Bath Abbey is at the heart of Bath’s city and heritage – surrounded by many other Bath treasures such as the Roman Baths, Pulteney Bridge, the River Avon and city centre. It stands tall and looks magnificent, and although we can all admire the beautiful stain glass windows and stunning architecture, what about the history behind it all? Let us tell you a little more about it…

History of the Building

Since it was founded in the 7th century, Bath Abbey has undergone a great deal of work, being reorganised in the 10th century and rebuilt in the 12th and 16th centuries. Major restoration work was also carried out by Sir George Gilbert Scott in the 1860s.

Three different churches have occupied the site of the Abbey since 757 AD. First, an Anglo-Saxon monastery which was pulled down by the Norman conquerors of England; then a massive Norman cathedral which was begun about 1090 but lay in ruins by late 15th century; and finally, the present Abbey Church, which started in around 1499, as we now know it.

When the Abbey was raised to cathedral status in 1090, it was felt that a larger, more up-to-date building was required. John of Tours planned a new cathedral on a grand scale, dedicated to Saint Peter and Saint Paul, but only the ambulatory was complete when he died in December 1122. Unfortunately, a major fire destroyed the half-finished cathedral in 1137, however work continued under Godfrey, the new bishop, until about 1156 when it was finally complete.

The abbey was stripped of its co-cathedral status in the aftermath of the Dissolution when the cathedral was consolidated in Wells. All of the lead, iron and glass in the building was stripped away and the church was left to decay. It was then sold it to Matthew Colthurst of Wardour Castle in 1543, and his son Edmund Colthurst gave the roofless remains of the building to the corporation of Bath in 1572.[33] The corporation had difficulty finding private funds for its restoration.

Major restoration work was carried out by Sir George Gilbert Scott in the 1860s, funded by Charles Kemble. The work included installing a fan vaulting in the nave, which was not a fancy addition but simply a completion of the original design.

History of the Architecture

Bath Abbey is talked about as one of the largest examples of Perpendicular Gothic architecture in the West Country. The interior architecture as we know it is the work of Sir George Gilbert Scott, who from 1864 to 1874, completely transformed the inside of the Abbey to conform with his vision of Victorian Gothic architecture. His most significant contribution is seen as the replacement of the ancient wooden ceiling over the nave with the spectacular stone fan vaulting we see today.

You’ll notice that the West side of Bath Abbey has a unique ladder of Angels. This is because the Bishop of Bath, Oliver King, is said to have had a dream of angels ascending and descending into heaven which inspired the design and which also inspired him to build a new Abbey church – the last great medieval cathedral to have been built in England.

The building has 52 windows, occupying about 80 percent of the wall space, giving the interior an impression of lightness and reflecting the different attitudes towards churchmanship shown by the clergy of the time and those of the 12th century. In 2010, a discovery was made as a stained-glass window was uncovered in the abbey vaults.

The Bath Abbey 2000 restoration programme was launched in 1991. From then until 2000, six different projects were carried out on the Abbey. This included restoration of the West Front, the cleaning of all the stonework inside and out, and the building of the new Klais organ. In 2008, the latest addition to the Abbey interior arrived, in the form of acoustic quire screens. These are a very welcome addition as quire screens had been planned since the 1860s, to provide a backdrop to the choir stalls and improve the acoustics of the building. These oak screens are beautifully decorated with a frieze of twelve carved angels playing musical instruments.

Services run everyday at Bath Abbey with members of the public able to stop by and attend. 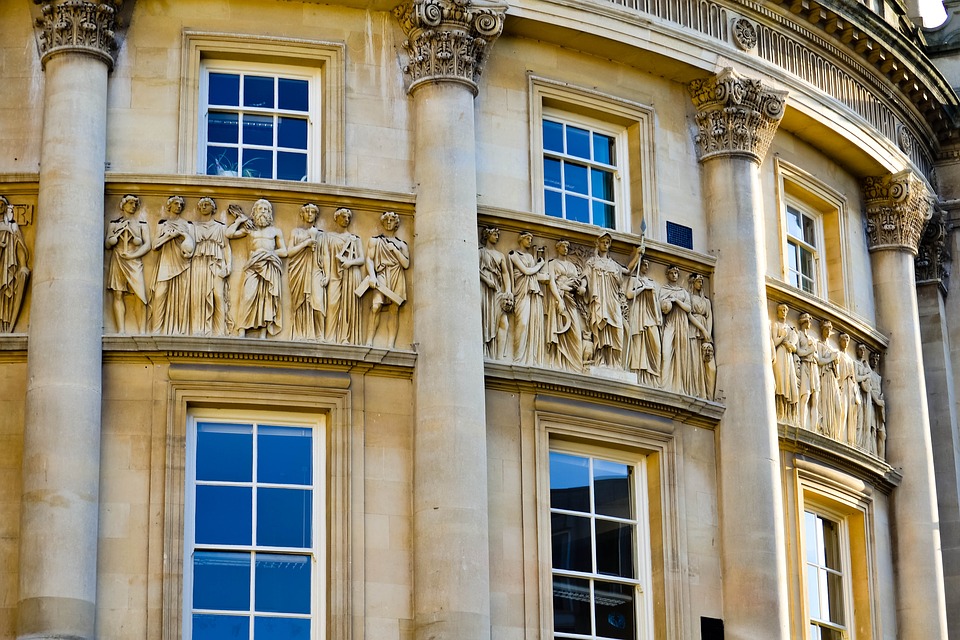 Bath is extremely rich in history and is famously known for their cultural attributes including the Roman Baths, Bath Abbey, ... 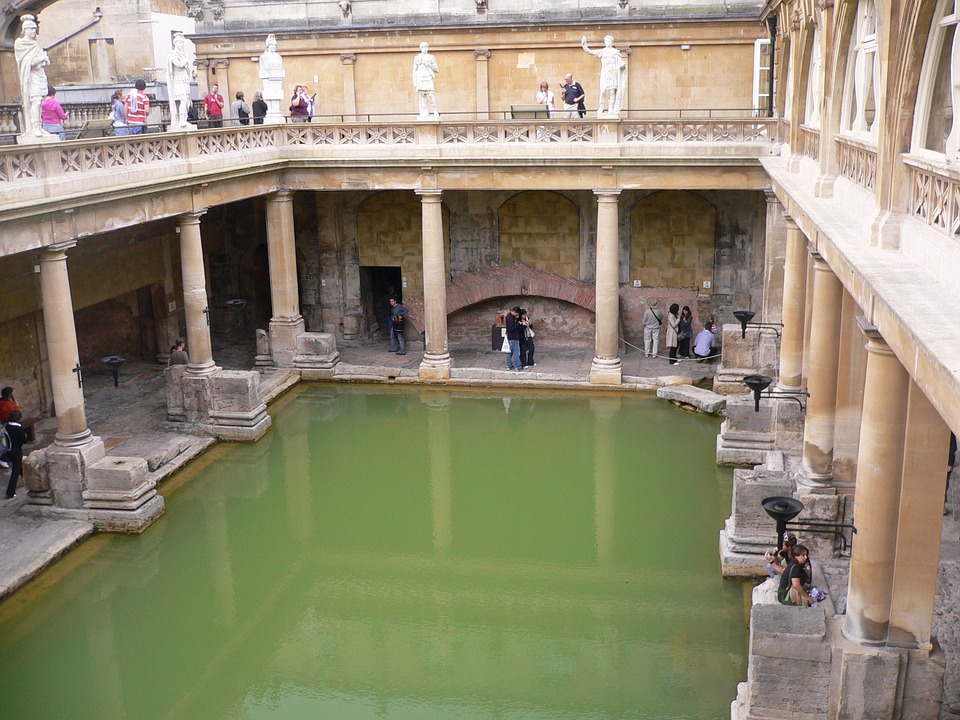 History of the Roman Baths

Here in Bath, we're lucky enough to have some of the most interesting historical sights in the UK, one of ...