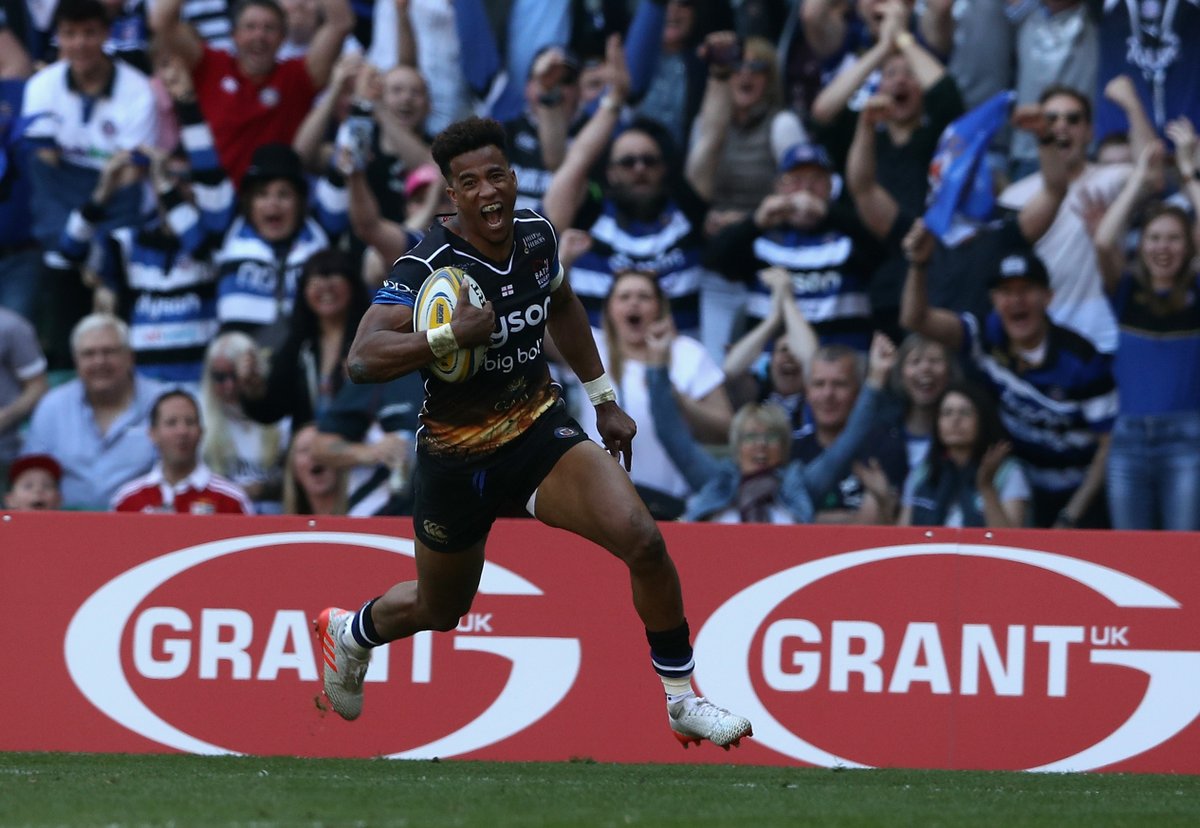 Bath Rugby's Taulepe Faletau, Anthony Watson and Jonathan Joseph have been included in the Lions squad for the tour of New Zealand but George Ford has not made the cut.

Faletau has been capped once before by the Lions, in a 41-13 win over Australia in 2013, as well as 66 caps for the Wales national team, despite being born in Tonga.

Watson, who can play on the wing or as a full-back, has been included by Gatland and will now be hoping to make his Lions debut, having never donned the red jersey up to this point. He does have 26 England caps, however, scoring 65 points, and was a big part in the Red Rose's recent Six Nations win.

Joseph was rumoured to have not made the squad, but eyebrows were raised when he was included. It is the first time he has been named in the Lions squad, following 62 caps for England.

It is not so good news for fly-half Ford though.

Ireland's Johnny Sexton and England colleague Owen Farrell have both been selected ahead of Ford.

Semesa Rokoduguni, who was surprisingly left out of the 2017 England Six Nations squad, was not expected to be included in the Lions team, and Gatland has duly left him at home, as well as Luke Charteris of Wales.

The Lions tour of New Zealand begins on June 3, against the New Zealand Barbarians and then they take on the Blues on the seventh.

The Crusaders, on June 10, are next, followed by the Highlanders and then the Maori All Blacks, before the Chiefs, New Zealand, then the Hurricans.

The tour concludes with back-to-back matches against New Zealand.