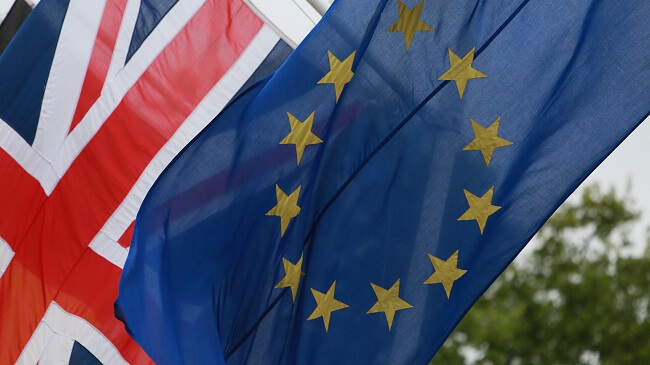 With all the uncertainty surrounding Britain leaving the European Union, we're lucky to have the collective wisdom of Thrings to offer their sound advice and expertise. This time, we hear from Partner John Richardson about how trade negotiations should be approached.

On 29 March, Prime Minister Theresa May triggered Article 50, initiating the start of two years of negotiations to form Britain’s exit deal from the European Union (EU). Formal negotiations started last week and things have already been tense. The Brexit Secretary, David Davis, accused the EU of playing hardball in the lead up to the negotiations, while Theresa May has threatened to walk away with no deal, rather than capitulate to unfavourable EU demands.

Clearly there’s a vast amount to achieve between now and exit-day. One vital requirement is to re-establish our capabilities in trade negotiations – something the UK has delegated to Brussels for the past 44 years.

The Institute for Government, an influential think-tank which aims to make government more effective through rigorous research and analysis, recently produced a paper entitled Taking Back Control of Trade Policy, outlining “how the UK can become a powerful, independent player in international trade”.

As legal advisers, we’re keeping a close eye on Brexit developments, in order to best advise clients whose businesses include an international aspect – whether exporting, importing or operating across borders. Here, we summarise the paper’s key points.

The need for control

The Institute for Government has stated that, “despite the creation of a new trade department, the civil service and ministers are not even close to being ready to negotiate – let alone implement – new global trading relationships”. It argues that “the UK will only reap the benefits of taking back control of trade policy if government radically changes the way it operates.” Its recommendations on how government should approach trade deal negotiations with countries outside the EU are set out below:

The paper’s first message is for the government to develop trade negotiation specialists. The Institute for Government’s Brexit Programme Director Jill Rutter warns this will not be easy:

“Whitehall is not set up to do trade well. Not only does it currently lack the necessary expertise but its standard ways of working – generalist, secretive and unwilling to make difficult trade-offs – are all the enemies of doing trade policy well. Ministers will find that taking back control of trade also means taking back responsibility for some very difficult political choices – and they need to be ready to make and justify them.”

The think-tank recommends that government identifies key people to act as trade negotiators, to build up resources. To do so, it counsels against the civil service’s usual policy of regular job rotations, advocating instead that trade negotiators remain in-post for several years, to allow the development of a deep understanding of their area.

The paper also recommends that trade strategy is cross-governmental and doesn’t focus on striking trade deals purely for the sake of numbers. Instead, deals should align with high-level objectives and link into wider economic policy, such as the regulatory environment, employment market and industrial policy. Trade deals should be purposeful and made within a framework of wider government policy, coordinated by the Cabinet Office.

Keen to dampen the divisive environment already surrounding Brexit, the paper advocates a collaborative approach, with devolved governments engaged throughout the process, rather than strong-armed into accepting deals. Although Westminster has the power to impose trade deals on the rest of the UK, the paper predicts better buy-in from Scotland, Wales and Northern Ireland if these devolved nations are involved in assessing the policy driving trade deal negotiations. The paper also supports engagement with businesses and consumer and environmental groups, to achieve a stronger, more inclusive outcome.

Providing Parliament with a greater voice

Parliament currently has a limited role in impacting trade deals: it can vote to delay the ratification of trade deals, or prevent their implementation by voting against changes to tariff or regulation. However, the Institute for Government argues that, given the potential economic and policy implications of future trade deals – and the sheer volume of deals into which we need to enter, this isn’t enough. Instead, Parliament should be guaranteed a direct vote on any future international trade deals before they are ratified.

Founding an independent body on trade

In order to step away from short-term, party political interests, the paper argues the need for an independent body set up to scrutinise activity and provide objective advice on trade issues. Similar to the Office for Budget Responsibility or the Committee on Climate Change, an independent trade body would make it easier for government to overcome vested interests and allow for more consistent, long-term policymaking. In the view of the Institute for Government, it is likely this would require a new, specific entity.

Recognising there is more to trade policy than trade deals

The hardest aspect of trade policy is managing and finalising trade deals, according to the Institute for Government. As such, it contends the government must recognise there are other available tools for boosting trade. This includes diplomacy, particularly within financial services, and regulatory cooperation. The think-tank argues that successful international trade doesn’t always need to centre on specific deals relating to tariffs, imports and exports; wider international relations can also assist with trade.

With so many international trade deals to negotiate, the government must spend time prioritising those deals that are most important, according to the paper. If it enters into more than five negotiations simultaneously, it may hamstring itself due to insufficient negotiating capacity. Instead, the think-tank recommends prioritising the most important trade deals at the start, and focusing on these to ensure progress.

Oliver Ilott, Senior Researcher and the report’s lead author, expands on this issue:

“Trade policy is about much more than making deals. There is a real danger that the UK wastes its limited capacity launching trade negotiations with large numbers of countries, and either doing bad deals quickly or getting bogged down in protracted talks going nowhere. The Government needs a strategy that targets a few priority countries and also explores options that may be better than free trade agreements.”

Continuing its emphasis on prioritisation, the Institute for Government argues the government should favour negotiations with countries that already have free trade agreements with the UK, albeit under the umbrella of the EU. Specifically, it advocates focusing on Canada, Switzerland, Singapore, South Korea and Turkey. Losses from these important relationships would be strongly felt. The UK should find it easier to ensure existing arrangements remain in place, which will also soften the impact of leaving the EU.

Once we’ve sought to replicate existing deals, when it comes to countries excluded from the EU’s free trade agreements the think-tank urges the government to focus on Australia and New Zealand. This would provide an opportunity to develop experience negotiating with “like-minded, medium-sized economies” before sinking resources into BRIC countries (Brazil, Russia, India and China) or the USA. The paper suggests that attempts to negotiate trade deals with Brazil, India and China may not culminate in an agreement and would likely consume significant negotiating resources. Furthermore, it warns that, although the USA can be a swift negotiator, this tends to happen “when partners adopt a strategy of capitulation masquerading as negotiation”. Instead, the UK should concentrate on deploying its resources strategically, and deferring more complex negotiations to a future date.

It remains to be seen how the government interprets and implements these wide-ranging suggestions, particularly in light of the recent UK general election result and the Conservative Party’s diminished majority in the House of Commons. However, this research certainly provides a supportive framework within which the government can devise its strategy for negotiating international trade deals – which will be vital to safeguard the UK’s economic health.

As with much of the fallout from Brexit, it is a case of “wait and see” as to how the negotiations progress. Having said that, the fact that trade policy is yet to be determined does present businesses with an opportunity help to shape it through petitioning their respective trade bodies and associations. If you have any questions regarding the Institute for Government’s paper or this article, please contact John Richardson.

Thrings Solicitors Bath has been providing legal advice in Bath to businesses and individuals for almost 300 years.

Our experts answer your questions! Get expert insights and answers into the problems that matter to you. Do you have ...