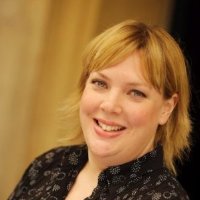 Manager of the Queensberry hotel, Lauren McCann chatted to us about why it's important to celebrate woman?s success and why she thinks more should be done to bring gender equality issues to the forefront.

Which woman would you compare yourself to?

I think life can be hard enough as it is without comparing yourself to other women, it’s easy to pick faults with yourself if you go down that road. That’s not to say that there aren’t a great many women that I admire, such as Michelle Mone, Sharon Osbourne and  Elizabeth Taylor – all for very different reasons!

What would you say is your most valuable skill and why?

Observation – sometimes staying quiet and watching and listening to what’s going on around you gives you more insight to be better informed and make good decisions.

Why do you think it's important to have an International Women's Day?

Celebrating woman’s success and bringing into the spotlight women’s issues is extremely important.  For example the pay gap between the genders performing the same role is said to be around £5K per year – in my opinion this is inexplicable and should be unlawful, if it were the other way around would have been addressed a very long time ago!

Do you have family (and/or children)? How do you maintain a work/life balance?

Tallulah aged 5 and Charlie aged 4. I’m lucky to have a very supportive husband who stayed at home and looked after the children from newborn. It would not be possible to be in a senior management role in hospitality and have children without this arrangement - the hours are unpredictable and often unsociable.

Have you ever had to give up or miss out on anything in order to pursue your career?

I would have liked to have had a longer maternity leave, with both children I was back at work in 6 weeks and feel I missed out on some of the experiences that other mothers take for granted.

Do you ever experience any discrimination in the work place because of your gender?

On the odd occasion I encounter a guest that automatically expects the manager to be a man, I certainly don’t take it personally, it makes me smile to myself!

Based on your own experiences, what advice would you give to fellow females looking to get into your profession?

Women  often have a more natural talent than men at listening, attention to detail and picking up on emotional cues.  As a service-led profession, girls have a head start in this respect – simply making a guest feel special will make you stand out.  Like any other industry you need to be willing to put in the hours, hard work and have thick skin, but the rate of career progression is often more rapid than other fields.

Do men ever feel intimidated by your success?

On the whole I don’t think they do, I have encountered a few men over my career that have found it difficult to take instruction from a senior female however this is something they have to come to terms with pretty quickly!

If you could have dinner with 5 inspirational women dead or alive, who would they be?

As a successful female, where do you see yourself in 10 years’ time?

Running my own business and living by the sea.