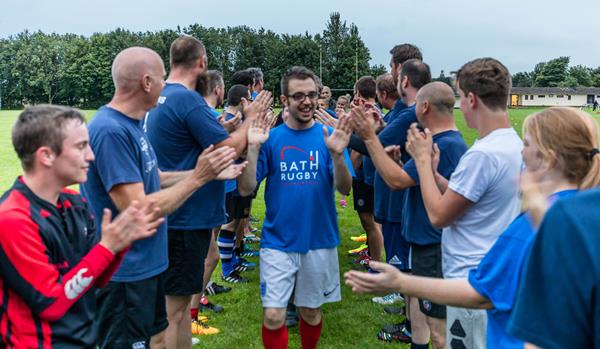 Last year, Bath Rugby Foundation helped 60 overweight men to shed the pounds to improve their physical and mental wellbeing - firm in the belief that healthy fathers, uncles and friends create healthy families and communities. Now a group of these graduates have formed their own rugby team, the Bath Spartans, and are volunteering at the Foundation’s new Mixed Ability Rugby sessions at Walcot RFC - giving back to the charity that supported them just 12 months ago.

For the last 3 weeks on a Monday night, Bath Rugby Foundation has been holding training sessions for their newly formed Mixed Ability Rugby team. The team is made up of young adults with physical or learning disabilities and once established, will play under the Walcot RFC badge.

On Monday night, Bath Rugby Foundation invited former participants of their Move Like A Pro programme, the Bath Spartans, to play four 15 minute touch games with and against the Mixed Ability team. The Spartans acted as facilitators and advice givers, before having some healthy competition!

For the newly established Mixed Ability Rugby team this was a great opportunity to show off their new skills and for many of them - a first taste of playing in a rugby match against another team. And for the Bath Spartans, an opportunity for them to mentor the Ability squad - both off and on the pitch.

One of the Mixed Ability squad, Dean Cole, who is a big football fan, has seen his allegiances switch to rugby over the past few weeks.

Dean’s mum, Kim Cole, said “Dean has attended mixed ability rugby for the last 3 weeks and in his own words, “It’s awesome!”. Watching him from the sidelines, I’ve never seen Deano so focused and wearing the biggest smile. Deano literally can’t wait for the sessions and playing a real team in the Bath Spartans was just the best. Deano has experienced the magic of rugby, teaching him teamwork and learning to trust his fellow players. An amazing life skill to learn in a fun and healthy way. Bath Rugby Foundation staff and volunteers are giving advice and support to Deano so he succeeds. Dean now says he wants to play rugby forever!”

Bath Rugby Inclusion coach, Becks Toan said, “This week’s session topped off an exciting start to the development and growth of the Walcot Mixed Ability Rugby team. To see players integrate with the Bath Spartans, using social skills, growing in confidence and having mature conversations was a testament to the power of rugby not just on the pitch, but away from the pitch.

Ian Wollacott, Bath Spartans and Move Like A Pro graduate said, “It was an absolute cracking evening! It’s great to be able to give back to the charity who does so much in the community. I throughly enjoyed the session - and the banter!”

If you would like to join our Mixed Ability Rugby team, contact Becks Toan on 07880 359428 or Becks.toan@bathrugby.com 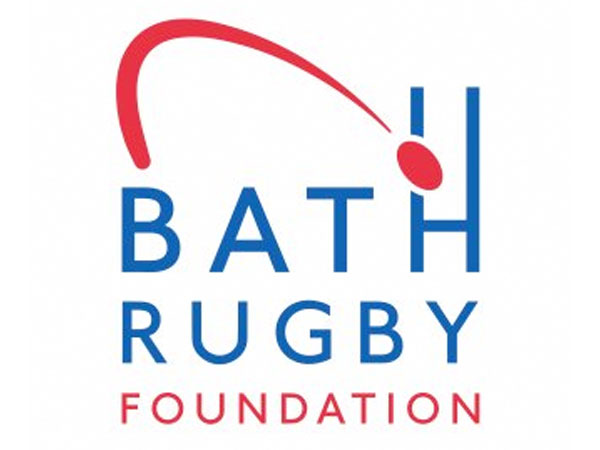