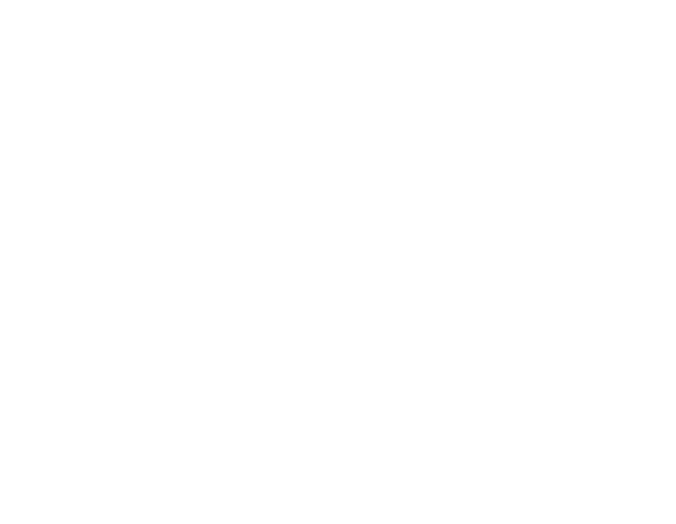 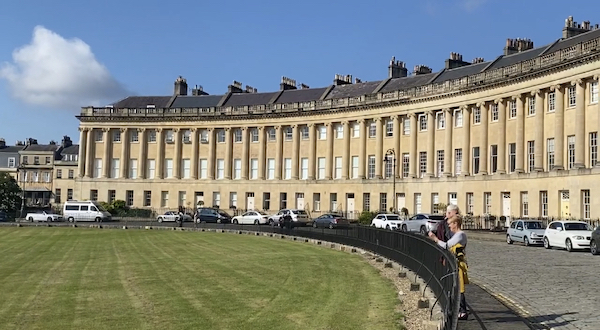 What Blockbuster Movies and Series were Filmed in Bath?

Lights. Camera. Action! Bath's outstanding natural beauty attracts thousands of tourists every year, but over the years it has also caught the eye of some of Hollywood's biggest production companies as the buildings and streets of our wonderful city play host to film crews from around the globe. Check out the television series and movies that have been filmed in Bath below and make sure to check out these wonderful venues when out and about.

Check out these great big-screen movies and series that were filmed in Bath! 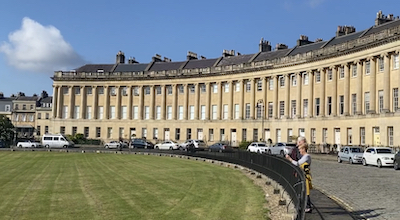 Everyone’s favourite period drama Bridgerton first hit screens in December 2020 as audiences were left tranced by the sex, scandal, gossip, and mystery surrounding Lady Whistledown’s identity that Bridgerton created. Although set in the luxury corridors of Regency London, large parts of the series were filmed in our wonderful city of Bath.

The mesmerising pillared Holbourne Museum set in Sydney Gardens was used as Lady Danbury’s estate, whilst the picturesque Royal Crescent was used by producers to showcase the outside of the Featherington household. Additionally, various travelling shots used in the series were filmed on Bath’s grand Georgian stone streets.

Filming for season 2 of Bridgerton is currently ongoing and it is expected that Bath will once again be given a starring role.

Bath has developed a relationship with historical dramas, and this is again the case with the 2015 television series Poldark that focuses on Ross Poldark' (Aidan Turner) return to Cornwall after fighting in the American War of Independence in 1783.

Naturally, large parts of the series was shot on Cornwall’s scenic coasts, however, our beautiful city of Bath was still put under the spotlight with the BBC using Bath’s Prior Park College as the Truro Assembly Room’s ballroom, along with the National Trust property Great Chalfield Manor that can be found on the outskirts of Bath and was used as the home of Caroline and her family before later being revisited for a brief period in season three and four as Poldark takes a walk through the manor gardens. 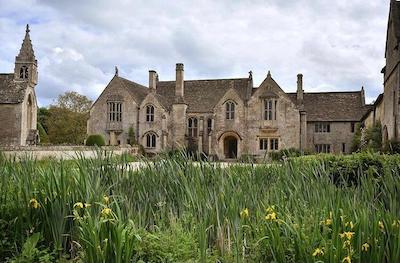 3. The Other Boleyn Girl

Hitting the big screen in 2007, The Other Boleyn Girl focuses on the sibling rivalry between Anne Boleyn and her younger sister Mary as they both vie for the attention of a youthful King Henry VIII.

Starring Scarlett Johansson and Natalie Portman, this blockbuster was filmed in locations around England including on the outskirts of Bath in Melksham as the National Trust property Great Chalfield Manor was used to show the exterior of the Boleyn estate in Kent. You can visit the manor yourself and find out more information here. 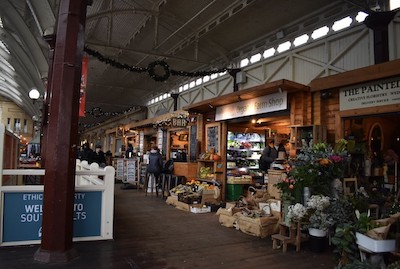 4. The Pursuit of Love

New to 2021, The Pursuit of Love will be airing on BBC One on Sunday 9th May. This three-episode mini-series is a period comedy-drama based on the classic novel by Nancy Mitford full of humour and thought-provoking themes surrounding love.

Like many other successful period series, Bath was a sought-after filming location with areas of Green Park Station and Green Park Road being used for scenes including Mamma Mia and Downton Abbey star Lily James. 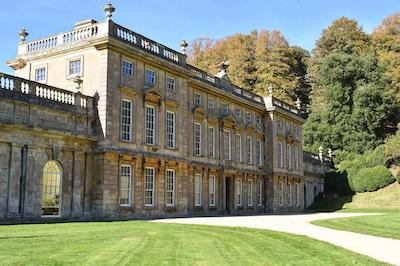 5. The Remains of the Day

A film that is perhaps more widely remembered by middle-aged audiences, The Remains of the Day appeared on UK cinema screens for the first time in November 1993. The story follows the life of butler played by Anthony Hopkins and the duties he must perform at Darlington Hall as his loyalties are tested by his lordly employer in the build-up to the beginning of World War 2.

The magnificent Darlington Hall however isn’t actually in Darlington and is in fact the brilliant National Trust property Dyrham Park that can be found on the drive into Bath on the A46. Dyrham Park is open to visitors and more information can be found here. 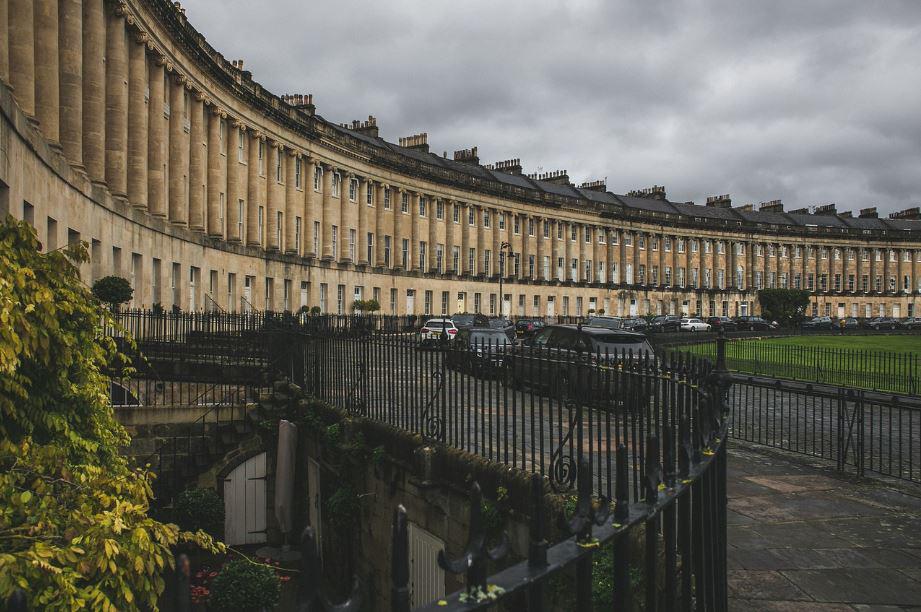 This thrilling crime drama from 2020 was not only filmed in Bath, but it's set in Bath too - so it's really putting our city on the map! The plot consists of two wildly different detectives who are thrown together in this fascinating drama to solve crimes in the city of Bath. Gripping doesn't even cover it!

This series is filmed in various places across the city, with a focus on the magnificent crescent we all know and love - Royal Crescent. Some parts are filmed in Bristol however the drama is primarily based in Bath. The series is ongoing with series two airing in 2021, so keep your eyes peeled for Bath appearing on your screens again very soon!

As the city reopens, we invite locals and visitors alike to rediscover all the wonderful things Bath has to offer. ...

Total Guide to Staycations in Bath

Bath is a city, full of beautiful destinations, fascinating architecture, and diverse culture. It's a city that is packed with ...

Bath is home to a plethora of brilliant picnic spots and parks to enjoy a packed-lunch in the sun! With ... 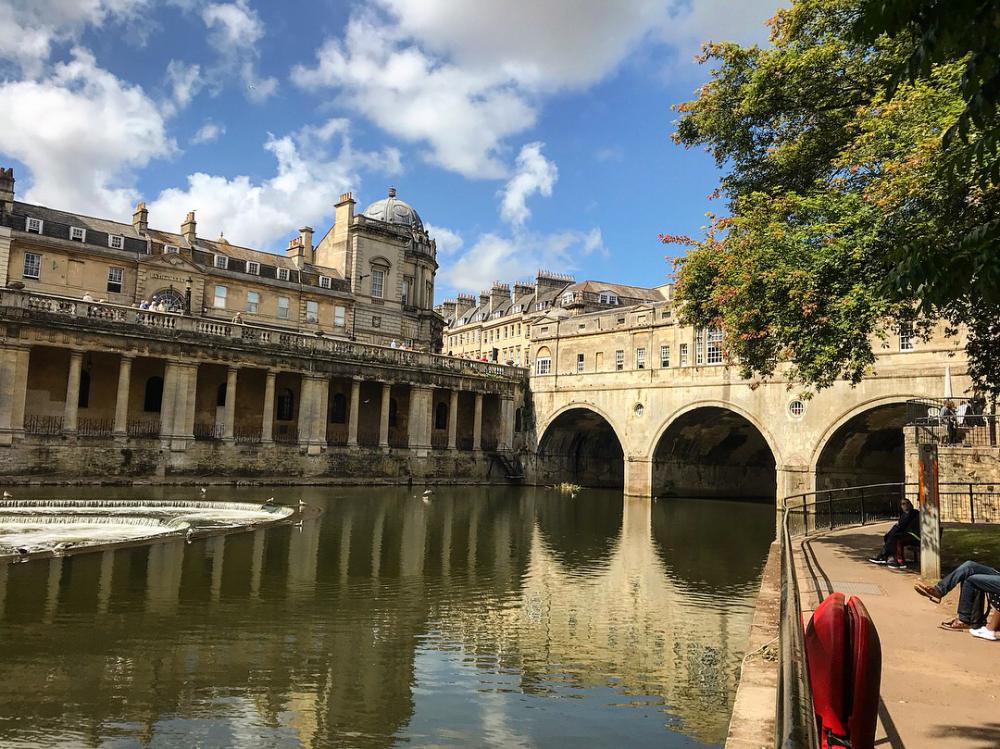 When the sun is shining, there’s nothing better than heading straight to the local park for a picnic or a ... 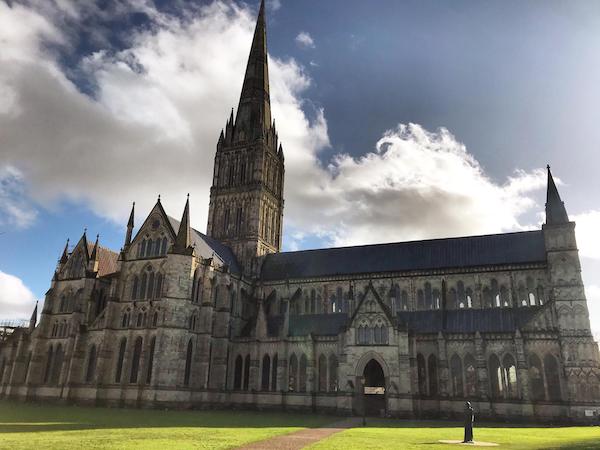 10 Fun Day Trips Within an Hour of Bath

Bath is an excellent base for exploring the glorious west of England. With easy links to the M4 and M5 ...

Treating yourself to a boozy brunch? We can’t blame you – a drop of fizz and delicious sweet or savoury ...

Christmas is here once again and that means the return of the famous Bath Christmas Market. With thousands of visitors ...

Whether you're looking for things to do with kids, the best picnic spots in Bath, outdoor fun or where to ...

Things to Do in Bath

Bath is one of the UK's most-visited city's and is a tourist-hotspot all year round with its vast array of ...

On the hunt for Healthy Restaurants in Bath? You're in the right place! Our city has some of the most ...

Planning a weekend in Bath? Then you're in the best place possible because we've teamed up with Bath's best hotels ...

Don't let a little bit of rain dampen your spirits, Bath has plenty of weather-proof activities for the whole family ...

Going out for Afternoon Tea in Bath is always a popular choice with locals and visitors to the city. Fortunately ...

Hair and Beauty in Bath

Our guide to hair and beauty in Bath will keep you looking super chic with expert advice on beauty products, ...

If you fancy the finest in hand-pulled ciders and real ales then these boozers in Bath are just what you’re ...

Hunting for the best Nightlife in Bath? Find all the cities pubs, late night bars, live music venues and Bath's ...

When it comes to shopping in Bath there are an abundance of incredible independent businesses (a business with five locations ...

Fancy visiting a few Festivals this year? If you need a little bit of help deciding which festivals around Bath ...

There are many Tourist Attractions in Bath and visitors to Bath are able to enjoy access to some of the ...

You can't go wrong with a classic burger, and we've complied a list of the the best burgers in Bath ...